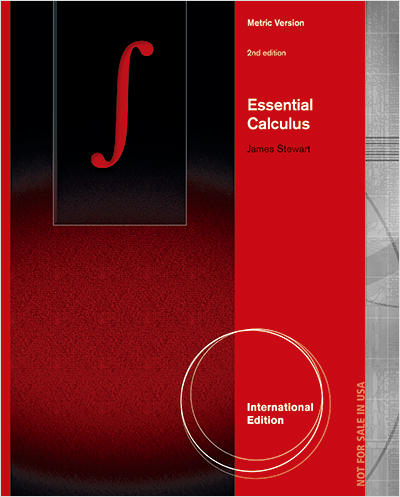 James Stewart's CALCULUS texts are world-wide best-sellers for a reason: they are clear, accurate, and filled with relevant, real-world examples.

This book is for instructors who think that most calculus textbooks are too long. In writing the book, James Stewart asked himself: What is essential for a calculus course for scientists and engineers? ESSENTIAL CALCULUS, 2E, International Metric Edition offers a concise approach to teaching calculus that focuses on major concepts, and supports those concepts with precise definitions, patient explanations, and carefully graded problems. The book is only 900 pages—two-thirds the size of Stewart's other calculus texts, and yet it contains almost all of the same topics. The author achieved this relative brevity primarily by condensing the exposition and by putting some of the features on the book's website, www.StewartCalculus.com. Despite the more compact size, the book has a modern flavor, covering technology and incorporating material to promote conceptual understanding, though not as prominently as in Stewart's other books. ESSENTIAL CALCULUS, 2E, International Metric Edition features the same attention to detail, eye for innovation, and meticulous accuracy that have made Stewart's textbooks the best-selling calculus texts in the world. 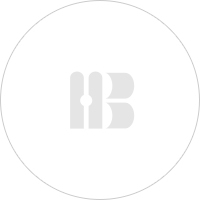 The late James Stewart received his M.S. from Stanford University and his Ph.D. from the University of Toronto. He did research at the University of London and was influenced by the famous mathematician George Polya at Stanford University. Stewart was most recently Professor of Mathematics at McMaster University, and his research field was harmonic analysis. Stewart was the author of a best-selling calculus textbook series published by Cengage Learning, including CALCULUS, CALCULUS: EARLY TRANSCENDENTALS, and CALCULUS: CONCEPTS AND CONTEXTS, as well as a series of precalculus texts.

CHAPTER 10. VECTORS AND THE GEOMETRY OF SPACE

The material on derivatives is covered in two sections in order to give students time to get used to the idea of a derivative as a function. The formulas for the derivatives of the sine and cosine functions are derived in the section on basic differentiation formulas. Exercises explore the meanings of derivatives in various contexts.

The basic facts concerning extreme values and shapes of curves are deduced from the Mean Value Theorem. The section on curve sketching includes a brief treatment of graphing with technology. The section on optimization problems contains a brief discussion of applications to business and economics.

The area problem and the distance problem serve to motivate the definite integral, with sigma notation introduced as needed. (Full coverage of sigma notation is provided in Appendix B.) A quite general definition of the definite integral (with unequal subintervals) is given initially before regular partitions are employed. Emphasis is placed on explaining the meanings of integrals in various contexts and on estimating their values from graphs and tables.

The logarithm is defined as an integral and exponential function as its inverse. Applications to exponential growth and decay follow. Inverse trigonometric functions and hyperbolic functions are also covered here. L’Hospital’s Rule is included in this chapter because limits of transcendental functions so often require it.

All the standard methods are covered, as well as computer algebra systems, numerical methods, and improper integrals.

General methods are emphasized. The goal is for students to be able to divide a quantity into small pieces, estimate with Riemann sums, and recognize the limit as an integral. The chapter concludes with an introduction to differential equations, including separable equations and direction fields.

The convergence tests have intuitive justifications as well as formal proofs. The emphasis is on Taylor series and polynomials and their applications to physics. Error estimates include those based on Taylor’s Formula (with Lagrange’s form of the remainder term) and those from graphing devices.

This chapter introduces parametric and polar curves and applies the methods of calculus to them. A brief treatment of conic sections in polar coordinates prepares the way for Kepler’s Laws in Chapter 10.

CHAPTER 10. VECTORS AND THE GEOMETRY OF SPACE

In addition to the material on vectors, dot and cross products, lines, planes, and surfaces, this chapter covers vector valued functions, length and curvature of space curves, and velocity and acceleration along space curves, culminating in Kepler’s laws.

In view of the fact that many students have difficulty forming mental pictures of the concepts of this chapter, I’ve placed a special emphasis on graphics to elucidate such ideas as graphs, contour maps, directional derivatives, gradients, and Lagrange multipliers.

Cylindrical and spherical coordinates are introduced in the context of evaluating triple integrals.

The similarities among the Fundamental Theorem for line integrals, Green’s Theorem, Stokes’ Theorem, and the Divergence Theorem are emphasized.